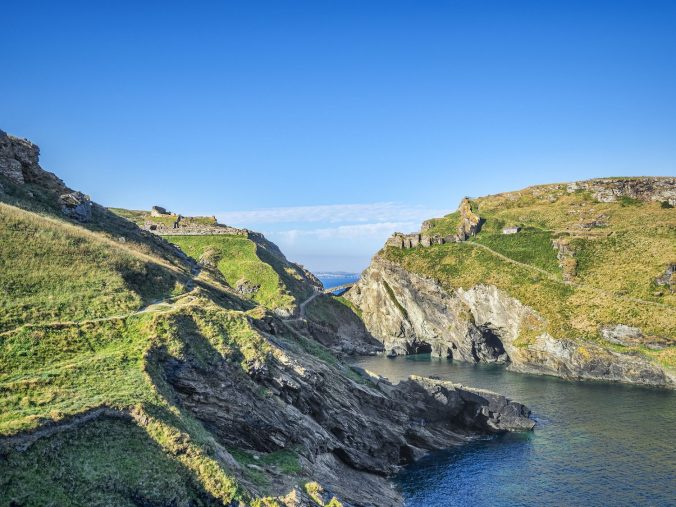 History and legend are inseparable at Tintagel Castle. From about the 5th to the 7th century AD, it was an important stronghold and a residence of rulers of Cornwall.

It was probably memories of this seat of Cornish kings that inspired the 12th-century writer Geoffrey of Monmouth to name it in his pseudo-historical ‘Historia Regum Britanniae’ as the place where King Arthur was conceived, with the help of Merlin. At the same time, Cornish and Breton writers linked the love story of Tristan and Iseult with Tintagel. 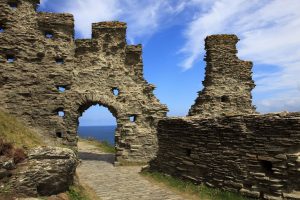 In turn, these associations with legend led the hugely rich and ambitious Richard, Earl of Cornwall, to build a castle here in the 1230s. The site was of no military value – legend alone seems to have inspired him to build here. And long after the castle had fallen into decay, its mythical associations kept the interest in Tintagel alive.

It was Lord Tennyson who did most to re-establish mediaeval chivalric traditions and to perpetuate the myth of King Arthur here. He published his ‘Morte d’Arthur’ in 1842, and first visited Tintagel in 1848 to get inspiration for his narrative poems ‘Idylls of the King’. Its remote coastal position must have seemed ideal to him for the advent of a king arriving by a ‘dragon winged’ ship whose origins are shrouded in magic and mystery.

As we scramble down to the cove and Merlin’s cave, we can imagine Tennyson taking the same route and discovering the cave that would fuel his fertile imagination: 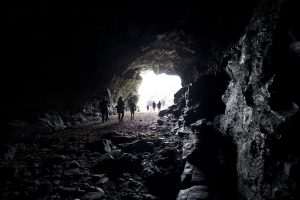 Dropt to the cove, and watched the great sea fall,

Wave after wave, each mightier than the last,

Till last, a ninth one, gathering half the deep

And full of voices, slowly rose and plunged

Roaring, and all the wave was in a flame:

And down the wave and in the flame was borne

A naked babe, and rode to Merlin’s feet,

Who stoopt and caught the babe, and cried “The King!

Here is an heir for Uther!”

Tennyson’s Idylls became enormously popular and fuelled a tourist boom to Tintagel that has continued unabated to this day. Of course, now the stylish Tintagel bridge has been added across the chasm, going down is a choice that you have to make!

Castle Rd, Tintagel, Cornwall, PL34 0HE. Tintagel is a tourist hotspot, so plan your visit accordingly.