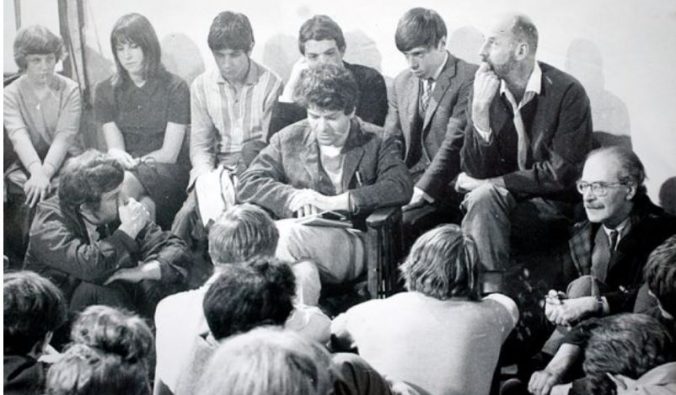 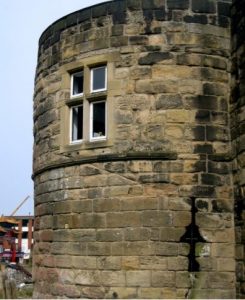 We came across the Morden Tower on a walk around Newcastle’s thirteenth-century city wall which can still be seen in several parts of today’s city. Here, on the northwest side, it is most evident, a stone’s throw from St James’ Park Football Ground and Chinatown.

The Morden Tower became one of Britain’s best-known literary landmarks. For the past 45 years, hundreds of poets have come from all over the world to give readings in this ancient turret-room, at first sight not the most obvious of venues.

Morden Tower readings were started by Tom and Connie Pickard in 1964. The very simple architecture of the room and its intimate scale – it’s roughly circular, and holds up to 50 people at most when sitting comfortably – has turned out to be to its advantage, ensuring for poets a space and atmosphere in which they have been able to achieve direct communication with their audience. 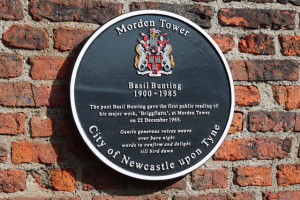 Sadly, there are few live events there these days, but you can view the outside and the plaque on the wall celebrating 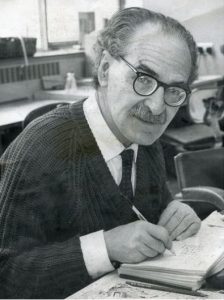 Basil Bunting’s first reading of Briggflats in 1965, with this excerpt inscribed on it:

Words to confirm and delight