Stonehenge, Wiltshire: are you a romantic or a rationalist? 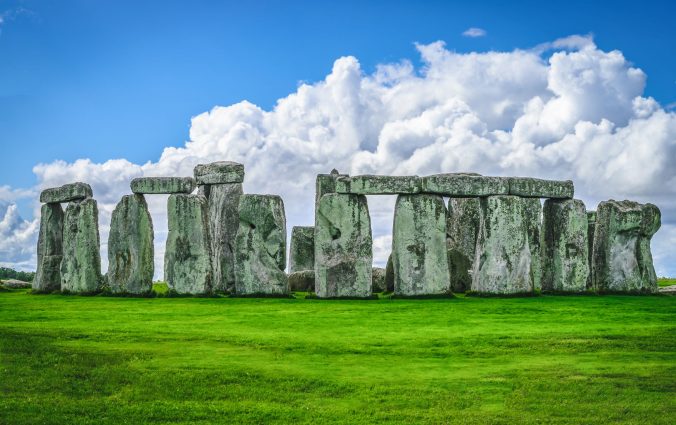 ‘Every age has the Stonehenge it deserves – or desires’ 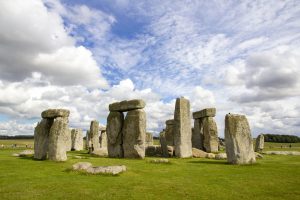 This is what we know for sure about Stonehenge: it was constructed over a very long period between 3,000 BC to 2,000 BC; it was, amongst other things, a burial ground; much of the stone was hauled from Wales; the keystones are aligned to the sunset of the winter solstice and the opposing sunrise of the summer solstice. The rest is conjecture: it was an astronomical observatory, a religious site, a place of healing, part of a ritual landscape, a symbol of peace and unity or even an early computer.

Perhaps it is this lack of facts, combined with its indisputable grandeur and mystery, that has made Stonehenge such a perfect vessel for the imagination. As we study those who have written about Stonehenge we see that essentially, they are split between the ‘rationalists’ (we don’t really know) (Henry of Huntingdon, John Hardyng, Celia Fiennes, Samuel Pepys, Daniel Defoe) and the ‘romantics’ (we really do know) (Geoffrey of Monmouth, John Aubrey, Inigo Jones, William Blake, William Wordsworth). From the twentieth century onwards, perhaps starting with Henry James, Stonehenge has come to represent an iconic site for the musings of time and the passing of it.

THE ‘LITERARY’ HISTORY OF STONEHENGE

Henry of Huntingdon’s (1088-c.1157) ‘Historia Anglorum’, written c.1130, is the first written record of Stonehenge. It lists the stone circle as one of the marvels of England. Henry’s brief but thought-provoking description conveys the sense of wonder and mystery that medieval people experienced when seeing the stones:

‘Stonehenge…where stones of remarkable size are raised up like gates, in such a way that gates seem to be placed on top of gates. And no one can work out how the stones were so skilfully lifted up to such a height or why they were erected there.’

At roughly the same time, Geoffrey of Monmouth (c.1095 – c.1155) was writing the ‘Historia Regum Britanniae’. Geoffrey’s account of British history became one of the most influential works of the Middle Ages. It also provided a mythic origin for Stonehenge. In his account of the reign of Aurelius Ambrose, an early British king, Geoffrey describes how Aurelius sought a fitting monument to mark the burial site of the British chiefs slaughtered at Amesbury. Merlin (of King Arthur fame) informs Aurelius of a structure in Ireland called The Giant’s Ring, an ancient stone circle with magical healing properties that will stand for all eternity if erected at the burial site. Merlin agrees to bring the stones to England (by magic of course, so no worrying about how to transport such stones) and effortlessly erects them.

The mystery and magical allure of Stonehenge and its construction continued into the fifteenth century when the Northern chronicler John Hardyng (1378 – 1465) commented on the stones:

‘Whiche now so hight the Stonehengles fulle sure

[Which now are called the Stonehenge full sure

Because they hang and are somewhat bowing.

In wonder, wise men marvel how they keep from falling.]

It was John Aubrey (1626 – 1697) who first connected Stonehenge with the Druids. In ‘Monumenta Britannica’ (1665). He maintained that both Avebury and Stonehenge were probably Druid temples. This view was perpetuated by the famous antiquarian Stukeley in the eighteenth century.

The ever-practical Samuel Pepys (1633 –1703) is impressed, but immediately wants to count (tell) the number of stones. The phrase ‘they are hard to tell’ refers to the legend that it is impossible to count the stones of Stonehenge accurately:

‘…as prodigious as any tales I ever heard of them, and worth going this journey to see. God knows what their use was! they are hard to tell, but yet maybe told. ‘ 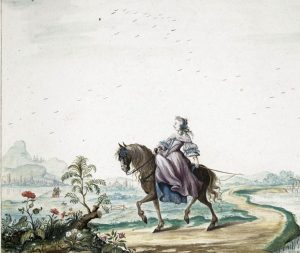 Celia Fiennes (1662 – 1741), who travelled through every county of England on horseback, was determined to count the stones accurately. ‘They stand confused and some single stones at a distance but I have told them often,’ she wrote, ‘and bring their number to 91’. She enjoyed the countryside near Stonehenge too: ‘This Country is most Champion and open, pleasant for recreations’.

‘Upon the whole, we must take them as our ancestors have done; Namely, for an erection, or building so antient, that no history has handed down to us the original, as we find it then uncertain, we must leave it so: ‘Tis indeed a reverend piece of antiquity, and ’tis a great loss that the true history of it is not known; But since it is not, I think the making so many conjectures at the reality, when they know they can but guess at it, and above all the insisting so long, and warmly on their private opinions, is but amusing themselves and us with a doubt, which perhaps lyes the deeper for their search into it.’

Inevitably towards the end of the century, interpretations become more romantic once again.

William Blake (1757-1827) made them the symbols of deism itself which to him was vengeance for sins, inhuman sacrifices and everything which fought against his own interpretation of Christianity as the forgiveness of sins. ‘Stony Druid Temples overspread the island white’, and huge trilithons were drawn by Blake in his designs.

‘Jerusalem The Emanation of The Giant Albion’ is the poem to read.

Rocks piled on rocks reaching the stars, stretching from pole to pole.

The building is Natural Religion, and its altars Natural Morality,

A building of eternal death, whose proportions are eternal despair.’

William Wordsworth (1770-1850) visited the stones in 1793 and wrote about them in ‘Guilt and Sorrow’, and for the first time the ‘nature’ aspects are starting to emerge:

‘Pile of Stone-henge! so proud to hint yet keep

Thy secrets, thou that lov’st to stand and hear

The Plain resounding to the whirlwind’s sweep,

Stonehenge is famously the setting for the climax of Thomas Hardy’s Tess of the D’Urbervilles (1891). After committing murder, Tess goes on the run with Angel Clare, the man she loves and wanted to marry. Walking on Salisbury Plain at night, they almost bump into Stonehenge – ‘a vast erection…rising sheer from the grass’. Tess sleeps on one of the stones and Angel says she is ‘lying on an altar’.

All around was open loneliness and black solitude, over which a stiff breeze blew …

‘What monstrous place is this?’ said Angel.

He listened. The wind, playing upon the edifice, produced a booming tune, like the note of some gigantic one-stringed harp. No other sound came from it … At an indefinite height overhead something made the black sky blacker, which had the semblance of a vast architrave uniting the pillars horizontally. They entered carefully beneath and between; the surfaces echoed their soft rustle; but they seemed to be still out of doors …

‘What can it be? … A very Temple of the Winds’ … ‘It seems as though there were no folk in the world but we two’ … they … listened a long time to the wind among the pillars … Presently the wind died out, and the quivering little pools in the cup-like hollows of the stones lay still.’

From the twentieth century onwards, perhaps starting with Henry James (1843-1916), Stonehenge has come to represent a spot for musings on the enormity of time.

‘It is indeed immensely picturesque. I can fancy sitting all a summer’s day watching its shadows shorten and lengthen again and drawing a delicious contrast between the world’s duration and the feeble span of individual experience. There is something in Stonehenge almost reassuring; and if you are disposed to feel that life is rather a superficial matter, and that we soon get to the bottom of things, the immemorial gray pillars may serve to remind you of the enormous background of time’.

Nowadays Stonehenge inspires many poets. Will Harris, for example, was moved by his time with volunteers at Stonehenge, and produced a new poem, ‘Before Solstice’, describing how the ancient monument encourages people to think about the movement of time and their memories of loved ones.

the year when light at half-past two

makes the stones though they

can’t talk seem to you know

especially when you see the mist

roll in from the hills opposite says

Tim you step over the ropes to

where the bluestone altar maybe

would have been and time doesn’t stop

but there’s a moment once you

feel it it doesn’t go when time is

middle of June the middle of

the year ­and you stand there

in the stones thinking or saying

to yourself you’re not here

but I’ll be seeing you soon.’

or Andrew Wynn Owen in his poem Stonehenge (2015):

‘This site is graveyard of a long-ago

Except by spinning globes

Or chucking hazardous flints beside the grey

And unresponsive hugeness of the henge…

Or Brian Moses in his poem ‘Stonehenge’2016:

in the days where you could still

get close to the stones.

I remember being there, seeing their bulk

and feeling their solid substance.

It was the past brought close,

I could hear the tick of time,

the heartbeat of history.’

Of course, Stonehenge has received rather a bad press in recent years, with the never-ending controversy as to whether a tunnel should be built under it and, if so, how long it needs to be to avoid damage to the surrounding area. To feel the spirit of our forbears you need to pick a quieter time to go and, if at all possible, take one of the longer walks suggested below so you come upon it as Tess and Angel may have done all those years ago.

Suggested 100 Outstanding British Walks: Walk No. 19. This can be found online at: https://explore.osmaps.com/en/route/2030571/OS-Pathfinder-Stonehenge