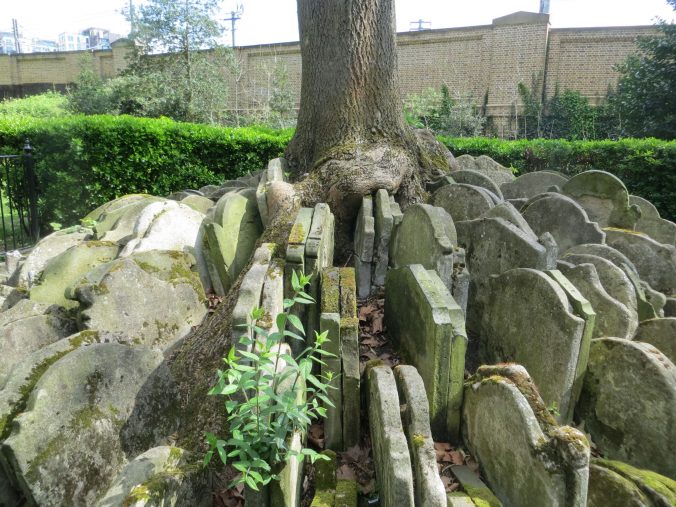 Our sighs and piteous groans,

Half stifled in this jumbled patch

Are mixed to human jam,

And each to each exclaims in fear, 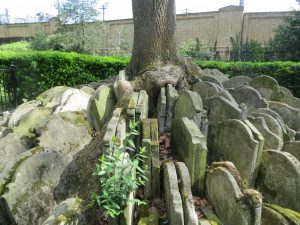 ‘The Levelled Churchyard’ (1880), an early poem by Thomas Hardy, was inspired by his experiences whilst working as an apprentice architect in the King’s Cross area of London in the 1860s. 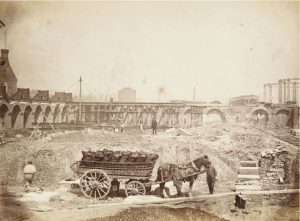 It was a time of great railway expansion, and the lines were being built to serve the new Midland company stations at King’s Cross and St Pancras.

But there was one problem: the route crossed the old St Pancras Churchyard. Rather than go around the old church grounds, it was decided instead to exhume the human remains – and it fell to Hardy to arrange and organise the gravestones beneath a nearby ash tree.

The Hardy Tree is still there to this day, with the gravestones tightly clustered around the base. As the tree has grown over the years, so parts of the headstones nearest the tree have disappeared into its widening girth.

Charles Dickens mentions the churchyard too in his 1859 novel ‘A Tale of Two Cities’, making it the location of body-snatching to provide corpses for dissection at medical schools, a common practice at the time.