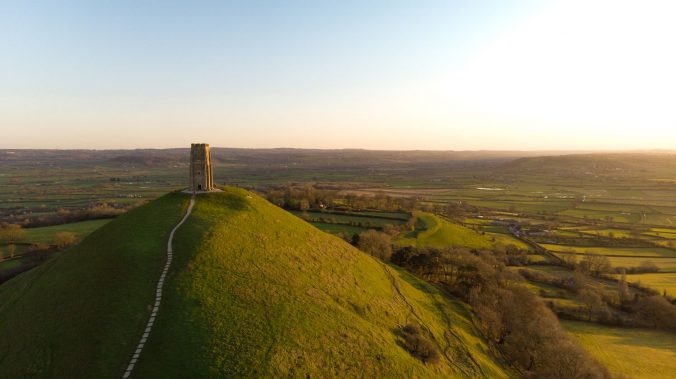 ‘All these things considered, can no man reasonably gainsay but there was a king of this land named Arthur…you may see his sepulchre in the monastery of Glastonbury.’ William Caxton, preface to Malory’s Morte d’Arthur 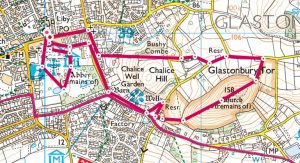 THE TALES OF KING ARTHUR

‘Health warning’ for the rationalists amongst us: There are a lot of ‘it is saids’ and ‘it is believed’ in this story…

The stories of King Arthur and the Knights of the Round Table have always captured our imaginations. As children, we loved hearing about the adventures of Arthur, Merlin, Sir Lancelot and the search for the Holy Grail. And if you fancy setting out on your own quest, Glastonbury is just about the best place to start, embracing the truth that imagination is more powerful than fact when it comes to legends!

Glastonbury, and especially the Tor, is an easy place for one’s imagination to run riot. On a misty day the iconic hill looks as if it is rising out of the sea, and the association with the ‘Isle of Avalon’ is almost irresistible. On its summit stands St Michael’s Tower, which adds further to the dramatic effect of the Tor at sunrise, sunset and on misty mornings. And to many, it will be recognised as the ephemeral hill in the distance behind the Pyramid Stage of the nearby Glastonbury Festival. 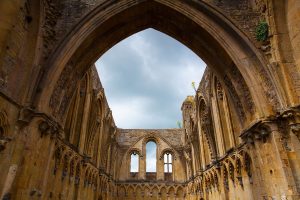 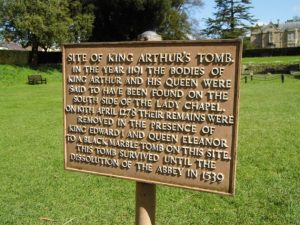 The association of Arthur and Glastonbury goes back at least to the early Middle Ages. In the late 12th century the monks of Glastonbury Abbey announced that they had found the grave of Arthur and Guinevere, his queen. According to the monks, an excavation found a stone inscribed ‘Here lies Arthur, king’. Below the stone, they found the bones of a large man and the smaller skeleton of a woman. The monks reburied the bones in the grounds of the abbey, where they were a very handy draw for pilgrims.  The site of the grave can be seen today in the abbey grounds. 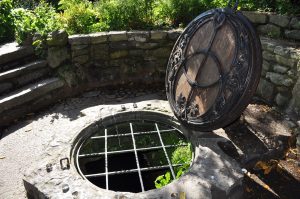 The Chalice Well has been in regular use for at least two thousand years. According to legend it is believed to have sprung from the ground at the location where the chalice (the Holy Grail) that Jesus drank from at the Last Supper was placed. The sacred vessel is believed to have been placed into the well by Joseph of Arimathea, a disciple of Jesus. He is also said to have built the monastery here.

In the 15th century, Sir Thomas Malory mentions the spring in his Morte d’Arthur when Lancelot and others are said to have retired here as hermits after the death of Arthur.

The Tor, or Isle of Avalon 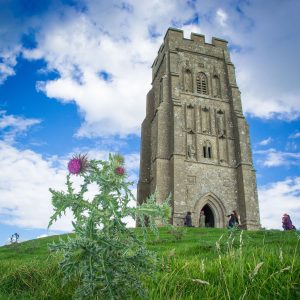 Glastonbury Tor has often been cited as the Isle of Avalon, where King Arthur was buried after his death. This isn’t so farfetched as it may sound, for a millennium ago the water level was much higher, and the tor would indeed have been an island. Avalon was also called ‘the isle of glass’ which does suggest similarities to the name Glastonbury.

Avalon is the legendary island featured in Arthurian legend. It first appears in Geoffrey of Monmouth’s 1136 Historia Regum Britanniae as the place where King Arthur’s sword Excalibur was forged and later where Arthur was taken to recover from being gravely wounded at the Battle of Camlann.