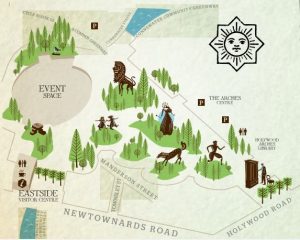 C.S. Lewis, known as ‘Jack’ from a young age, was born in Dundela Villas on Dundela Avenue and when he was seven the family moved to Little Lea in Circular Road, where they lived until 1930. His memoir ‘Surprised by Joy’ details his childhood in Northern Ireland and the profound effect it had on his work.

He was especially attuned to the Belfast landscape. To the southeast, he could see the low line of the Castlereagh Hills from his bedroom; ‘They were not very far off, but they were to children quite unattainable. They taught me longing – Sehnsucht.’

Looking northwest from the bedroom of his second home, the view is of the hills of County Antrim. In a letter written in 1915 from England, Lewis contemplates his return to Belfast:

‘Already one’s mind dwells upon the sights and sounds and smells of home, the distant murmuring of the ‘yards’, the broad sweep of the lough, the noble front of the cave hill, and the fragrant little glens and breezy meadows of our own hills! And the sea! I cannot bear to live too far away from it. At Belfast, wither hidden or in sight, still it dominates the general impression of nature’s face, lending its own crisp flavour to the winds and its own subtle magic to horizons, even when they conceal it. A sort of feeling of space, and clean fresh vigour hangs over all a country by the sea.’

Always proud of his Irish roots and fascinated by Celtic mythology, he declared himself ‘surprised to find how utterly ignored Yeats is among the men I have met: perhaps his appeal is purely Irish – if so, then thank the gods that I am Irish.’

And another time he said: ‘Like all Irish people who meet in England, we ended by criticisms on the invincible flippancy and dullness of the Anglo-Saxon race. After all, there is no doubt that the Irish are the only people: with all their faults, I would not gladly live or die among another folk.’

We catch the Metro 3 bus from Belfast City Centre and disembark at the EastSide Visitor Centre where the C.S. Lewis Trail starts. 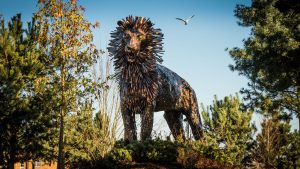 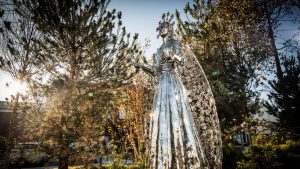 The square features seven bronze sculptures by artist Maurice Harron, who was inspired by characters from ‘The Lion, the Witch and the Wardrobe’, including Aslan, the White Witch, Mr Tumnus, the Beavers, Robin, The Stone Table and The Searcher, the latter featuring the famous wardrobe where the journey unexpectedly begins.

VISIT: St. Mark’s Church, 220 Holywood Rd, BT4 2DR where his grandfather was rector, and he was baptised. In 1935 the Lewis brothers presented a stained-glass window to the church in memory of their parents.

Pass by: No. 47 Dundela Avenue where a Blue Plaque marks the site where the writer was born. 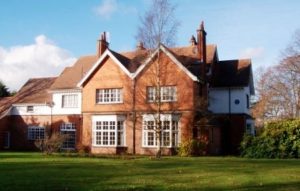